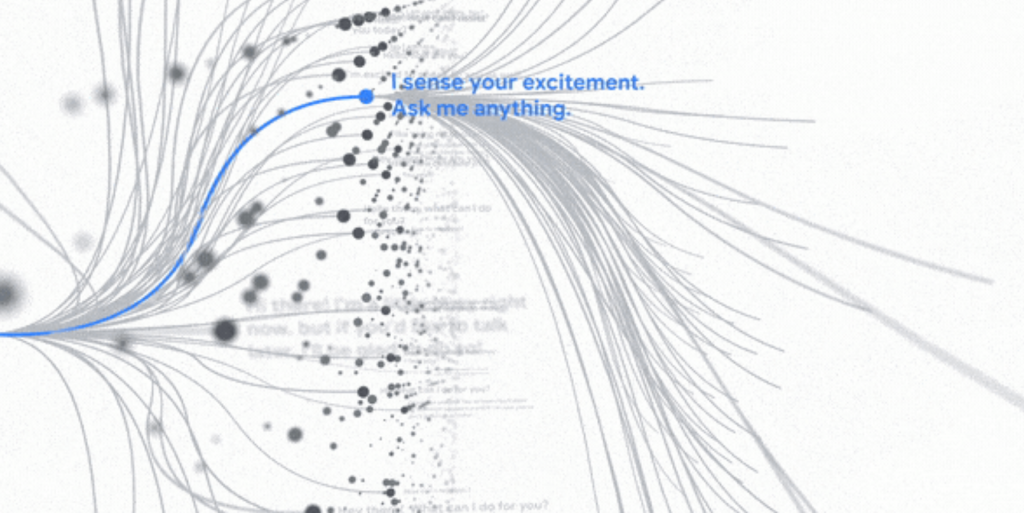 Yesterday, at Google I/O there was a particularly relevant announcement for us. Google introduced LaMDA. A Language Model for Dialogue Applications. LaMDA builds on work they’ve done in the past that was introduced under the name Meena.

Glad to see that our work last year on conversation #MeenaBot has now debuted as #LaMDA at #GoogleIO! Big congrats to the Meena/LaMDA team! https://t.co/HMJ7jt8bqk

What can LaMDA do?

The demo of LaMDA is impressive. It has a clear educational slant and shows people conversing with objects, such as Pluto the planet or a paper plane. The conversations are open-ended, interesting, engaging and LamDA is fluidly answering a seemingly broad range of questions.

The insight that the Google Research team has had is to train extremely sophisticated neural nets on entire dialogues and ensure that the answers are not only sensible but also specific.

For example, a sensible answer to the statement “I just started guitar lessons” could be “That’s great!”. A specific answer is “How exciting! My mom has a vintage Martin she likes to play.” In the second answer the application is demonstrating that it has understood the domain of discourse and is offering relevant information.

What can LaMDA do for me today?

LaMDA is still in research, so other than Google’s demos we don’t have much to go on.  Meena, LaMDA’s predecessor, was announced in early 2020 so one can assume that this is an upgrade of that technology that is now being fine-tuned to be used in the type of generic open-ended knowledge exchange conversations that Google showed in its demos. Google has also talked about how some responses from LaMDA are nonsense and while the demos are impressive the topics were tightly constrained.

What will LaMDA do for me in the future?

I think it is safe to say that the first area of usage will be in Google-specific products. The educational possibilities seem to be quite exciting. We can imagine Google equipping its voice assistant with these capabilities so people can have open-ended conversations about a variety of topics. “What’s a nice place to go on holidays?” , “What can you tell me about the island of Sardinia” and so on.

How could I use LaMDA in my own conversational application?

I am particularly excited with the prospect of Google releasing API access to a technology such as LaMDA. At OpenDialog we focus on providing tooling that enables you to design applications that can orchestrate between different types of interpreters and can allow your application to handle both open-ended or guided conversations in a fluid way. We realise that a conversation will be a mixture of very domain-specific context and some necessary guided steps together with open-ended questions and exchanges.

We can imagine a scenario where we take user input and attempt to match it against either a guided step, a company-specific FAQ or simply feed it out to an appropriately configured LaMDA that can provide a more open-ended answer that keeps the user engaged and allows us to help the user complete the task in a natural way.

What are potential challenges and roadblocks?

Training on an open-ended corpus of data comes with huge risks and costs. The demos Google showed are very focussed and appropriate. I suspect that they are working very hard to build mechanisms to control all the potential routes conversations could take. Especially routes that can be very undesirable and inappropriate.

There is then the very real issue of the cost of running big models such as LaMDA at scale as well as the implications of using other people’s data and exposing it in a way that completely removes the original authors from the picture. It’s one thing if a human being reads a bunch of articles and then writes something – it is a whole different issue if a digital application starts doing that at world scale.

As such, I expect that we are going to have to wait a bit longer before LaMDA makes a real impact and I am sure we are going to see more new new conversational models being announced along the way!

In the meantime, at OpenDialog we will continue building the tooling that will enable you to most simply take advantage of what is currently out there to build valuable and user-friendly conversational applications today.

Introducing OpenDialog 1.0. – Welcome to the age of conversational applications

For the past 40 years interacting with digital devices has required us to understand what button to press, what menu to expand and what option to select. Whether with a mouse, trackpad, or our fingers, we are responsible for figuring out where to point and click to get a task done. The ability to converse with machines flips that dynamic around. 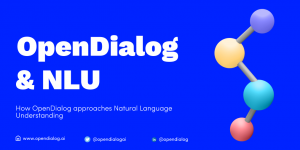 Language understanding is hard. This is perhaps the most crystal clear lesson of the past few years of intensified efforts across the world to build

Not Quite Ready To Get Started? Got A Question?

We Love Answering Questions And Sharing Information About OpenDialog. Drop Us A Line And We'll Be In Touch!

Stay up to date with the latest news from OpenDialog!